Photo: St. Edward’s University put together a panel to quell women’s anger at the school for using a known sexual harasser in promotional materials

On December 5, students questioned a panel of St. Edward’s officials about the university’s inclusion of a known sexual harasser in promotional materials in another example of the rising student movement against misogyny and abusers on college campuses.

The St. Edward’s Student Government Association and student organization It’s On Us organized the panel in response to the #YourMoveSEU hashtag, which started to trend on social media when Jalan Carter, a St. Edward’s student accused of multiple accounts of sexual harassment, was featured on the university’s Instagram account. 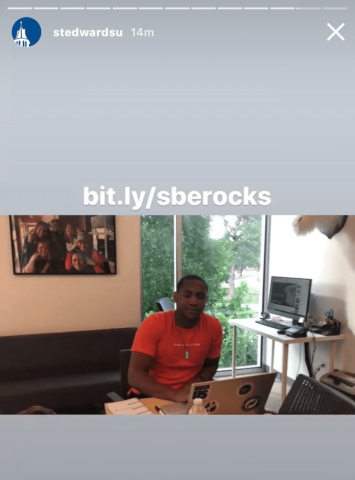 Carter’s role as a leader for “Anchors,” an extended orientation for incoming freshman, and “Service Break Experience,” a series of domestic and international trips for students centered around volunteering at nonprofits, allowed him access to a large number of young women students. According to allegations from women on campus, he used these as opportunities to flirt with and sexually harass women, giving unsolicited and explicit details of his sex life and making sexually suggestive remarks to students as young as 18 years old.

Once the allegations were brought to university administrators, they did nothing to remove him from these positions of authority and instead proceeded to use him as an example of leadership to promote the university.

At the meeting, numerous students accused the school of mishandling their own cases when reporting sexual misconduct. Students also claimed that “no contact orders,” a tool that the university relies on to keep perpetrators away from their victims before hearings or when they don’t meet specific Title IX requirements, are not enforced. Students said the survivors end up having to relocate by changing classes or switching dorms, not the abusers.

University Police Department Chief Homer Huerta was on the panel and suggested multiple times that women should call police if they feel unsafe walking home on campus. Contrary to this advice, students listed examples of being brushed off or made to wait long periods of time for police escorts.

Police departments around the country regularly side with sexual abusers. This year, the Austin Police Department has protected at least two abusers in its own ranks, Jason Dusterhoft and Dustin Paul Lee.

At one point during the meeting, a student yelled, “Where’s President Martin?” referring to St. Edward’s president George Martin. Another student responded “He cares about our money and not us,” which was met with a round of applause from the students.

The administration only presented bureaucratic solutions: hiring an external investigator, planning workgroups, conducting a “student climate” survey, reviewing the code of conduct – none of which would take direct action to remove known abusers from campus.

Students rightly recognize that the university is doing damage control to maintain its reputation and that the concessions being offered are meant to pacify the anger of students without resolving the issue of allowing known sexual harassers and abusers on campus. In order to get lasting change, students must turn this recognition into action and go beyond what the administration allows.

On another college campus in Austin, University of Texas students have confronted predatory professors directly as part of the #FireTheAbusers campaign. It is up to other students on other campuses to take the problems of sexual harassment, abuse, and student safety into their own hands.